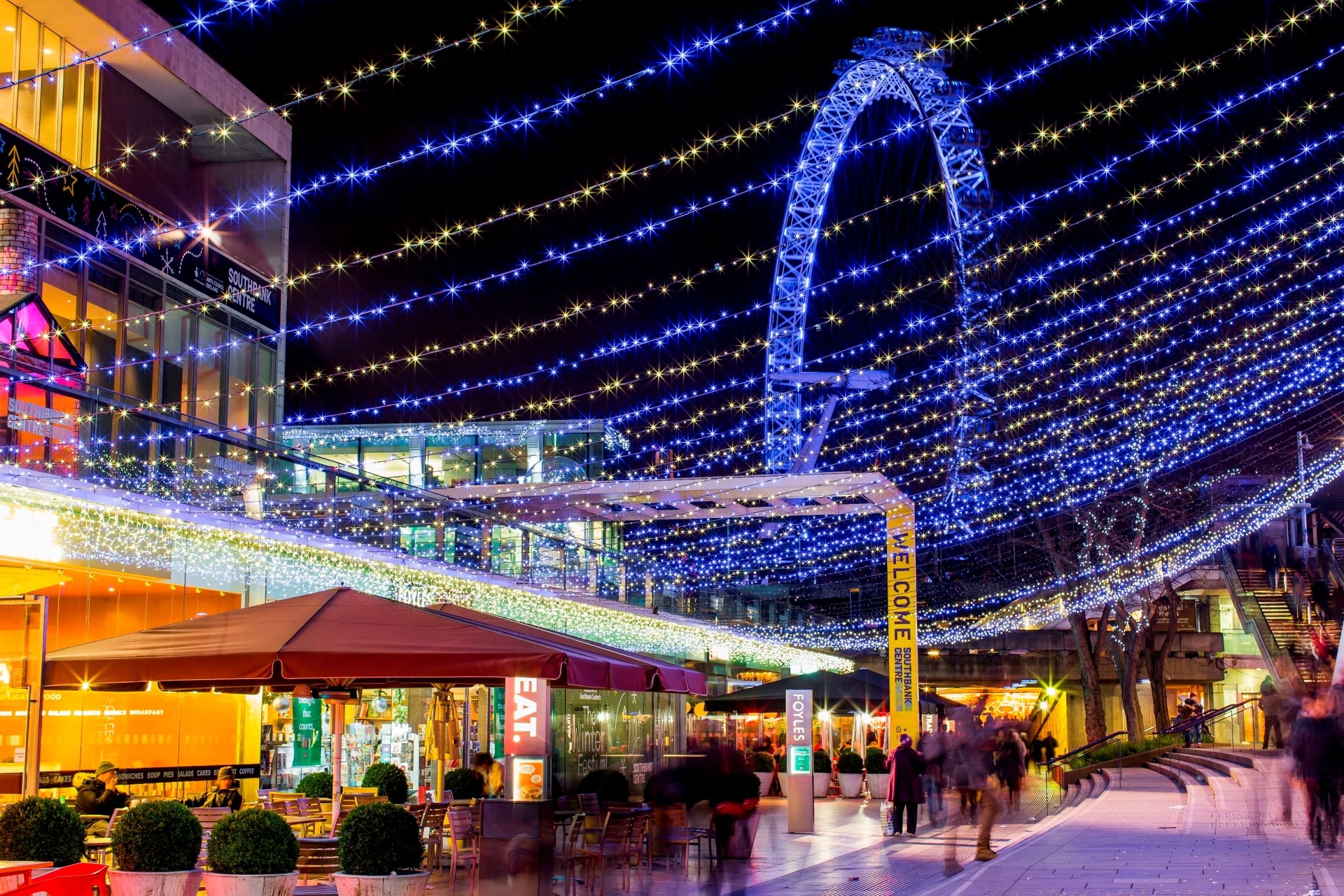 I love the festive season, just as much now as I did when I was a child. However, nowadays it’s not because I get to open presents on Christmas day and spend my days making decorations (although that is still a part of it!). I love it because of the atmosphere – throughout November and December London is lit up with sparkly, seasonal features, and filled with exciting new pop-ups and Christmas markets to explore.

The Southbank Winter Festival supported by Natwest, recently ‘popped up’ on Southbank (surprisingly), located right next to the London Eye. The festival consists of a traditional style Christmas Market where you can purchase anything from fairy lights to instant snow, from little wooden chalets. There is a fabulous cookie stall which sells giant cookies (4 for £5) including a mini egg flavour; a delicacy at this time of year!

Köhler Küsse sells a selection of white, milk and dark chocolate mountains, beautifully decorated and displayed. As a chocaholic, it’s no wonder I had to stop here; a tall teacake style chocolate filled with soft, gooey marshmallow on a wafer base – I went for the ‘honey and almond’ flavour. At £1 each, they’re an absolute bargain and totally delicious.

For those looking for a more substantial meal, there’s a variety of street food to choose from. The Winter Festival sports a whole range of cuisines ranging from Indian to Polish. There’s also pizza and burgers available for the less adventurous. I went for a roast pork bun from the ‘Speckmobile – Taste of Austria’. This was a rye bun filled with roast pork, mustard and cabbage salad. The pork was extremely succulent and this was by far the best pork sandwich I have ever eaten. I would highly recommend this stand to anyone visiting! The Speckmobile also had chicken schnitzel and fries on offer, should pork not be to your taste.

Another gem found amidst the street food was ‘The South-East Cakery’. The Cakery was dedicated to Oreo, Nutella and salted caramel brownies which you could have hot or cold, and smothered in toppings.

The Winter Festival has a number of bars and stalls for those wanting to get a bit merry this Christmas. Mulled cider can be purchased from the chalets for as little as £2 a cup and mulled wine from £4 upwards. Most stalls have the option for you to add a shot of warming spirit to your drink like brandy and amaretto for an extra cost and you can even buy alcoholic hot chocolate!

For the drinkers, the main attraction is likely to be the Rekorderlig Cider Lodge. The most recent addition to the Rekorderlig family is their ‘Spiced Plum’ flavoured cider which is offered mulled or cold. Having tried both versions, I would definitely recommend the mulled – nobody wants to be holding a cold cup in the winter!

The Cider Lodge also sells the usual spirits, mixers, wines and beers, along with the range of bottled Rekorderlig ciders and speciality Rekorderlig cocktails. There is food on offer in the lodge too – a great alternative for those wanting to order from a menu and be seated whilst eating.

The Festival also offers rides making it fun for all the family. There is a traditional carousel and an incredibly high set of swinging chairs for the brave. Other entertainment includes a circus and a variety of shows. ‘Bump’, the roller disco is there this year too! I’m looking forward to a roller skating sessions after a few more drinks!