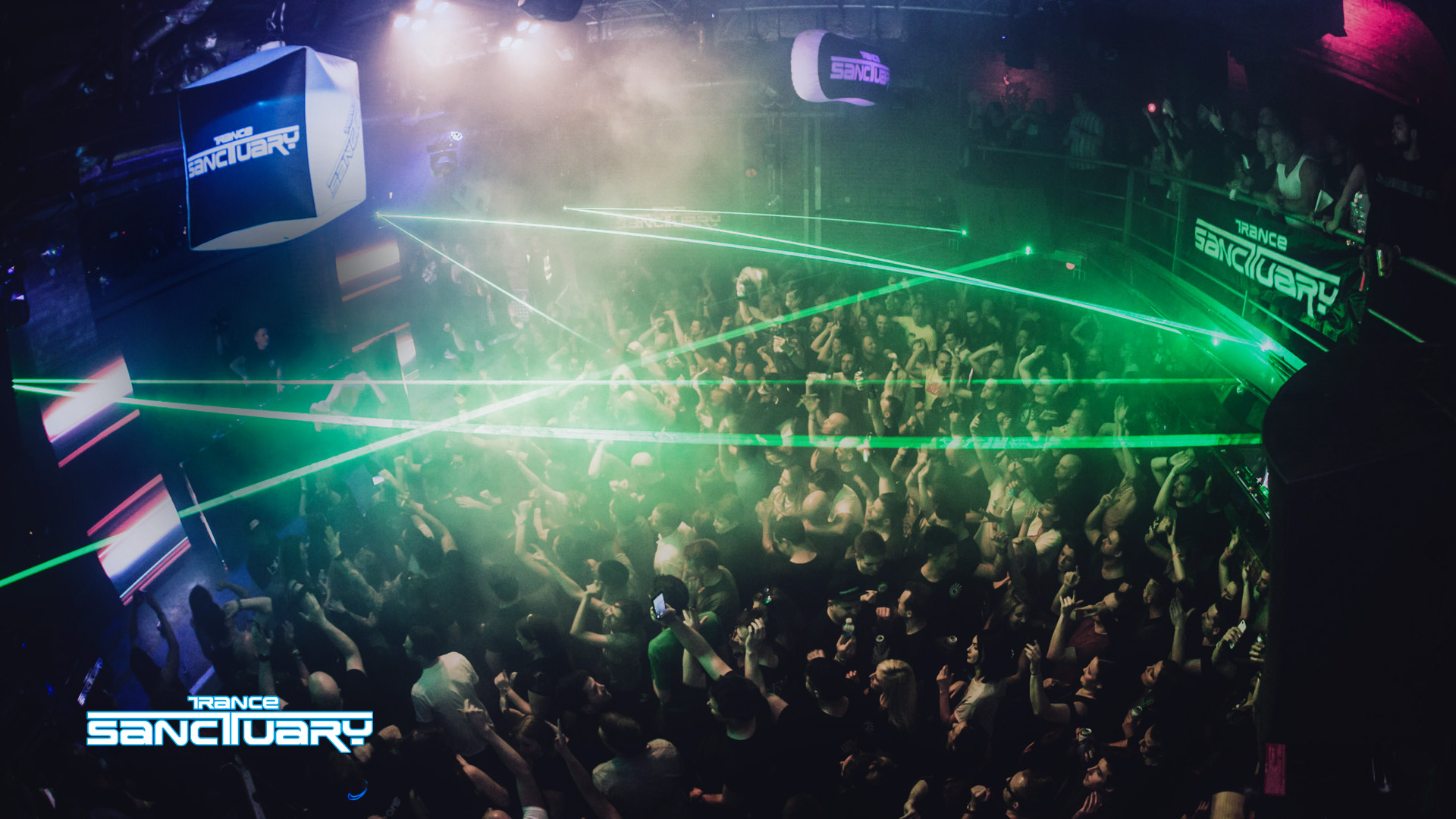 Just under 1500 trance fans came together on Saturday 19 November at Egg in Kings Cross. Trance Sanctuary hosted yet another of their dedicated daytime trance parties which featured Kearnage, the record label established by Bryan Kearney in 2010, which has since gone on to stage global events.  Trance Sanctuary was the last stop of the Kearnage tour, promising ‘top quality trance from start to finish’. The event often sees followers of the genre come together, from all around the world, to celebrate trance and rave alongside one another, myself included!

The ‘Garden’ room saw Bryan Kearney play a set which really showcased Kearnage, giving him the opportunity to play tracks from throughout the years, such as Sam Jones’ uplifting ‘Buckle Up’. Other DJs associated with Kearnage including Will Atkinson and Menno De Jong played energetic sets, while Giuseppe Ottaviani ensured that the Garden remained jam-packed throughout and dropped classics like Paul Van Dyk’s ‘Don’t Deserve You’.

The ‘Terrace’ featured DJs who Kearney refers to as ‘the next generation’, including Will Rees and Shugz, both of whom were making their Trance Sanctuary debut.  They demonstrated their talent and showed us why they were there with epic mixes. Fingers crossed we’ll get to see a lot more of them in the future!

UK Trance Society took over the ‘Loft’, where the founder, Hon, played a mind-blowing b2b set with Scotcha. The pair opened with ‘Air for Life’ by Above & Beyond vs Andy Moor, consistently dropping club bangers throughout, and closing with an all-time classic by Delerium ft. Sarah McLachlan, ‘Silence’. Head Promoter and Resident DJ of London based ‘Transcend’, Ben Dursley, also delivered a fantastic b2b set with Enix.

A huge congratulations to all DJs who played at the event – there was so much positive feedback circulating Trance Sanctuary and social media regarding the phenomenal line-up and talent on show! The links to many of the sets from Saturday can be found on the DJs Sound Cloud pages for those, like me, who want to relive the event, or for anyone wanting a taster of what Trance Sanctuary is like.

As always with the UK Trance events, there was a fantastic atmosphere and a particularly welcoming crowd. This was not an expensive night with ticket prices ranging from £10-17, and is well worth a visit for London Ravers and Trance Lovers looking for something lively and upbeat, in a warm and friendly environment. My dancing shoes remained on all night as the DJs played tune after tune. The party continued at Apothecary, Egg London, where those going hard could carry on until 6am – unfortunately this had sold out before the main event so I didn’t have the chance to attend. Until next time…

The next Trance Sanctuary will be taking place on New Year’s Day;